The Polk County Sheriff’s Department has two homicide suspects wanted out of Kentucky in custody. The two fugitives were arrested in Amery, Wisconsin on Monday, April 2, 2020 at around 6:00 p.m.
Bruce Carr, age 48, and Melissa Gulley, age 35, had warrants issued from the State of Kentucky and were considered “Armed and Dangerous”.
Barron Co 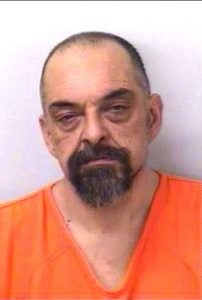 unty Sheriff’s Department daily call log shows an attempt to locate was received from Polk County at 12:34 a.m. April 2. It was noted the two were wanted on a homicide/kidnapping case in Kentucky and were considered armed and dangerous. They were possibly in a white Ford F250 extended cab. Barron County was also informed Carr

jas been seen at the St. Croix Casino Hotel in August with a rural Turtle Lake resident.
Assisting Polk County deputies with executing the warrants were the Wisconsin Dept. of Justice division of Criminal investigations, Amery police Department and Clayton Police Department.
Carr and Gulley were arrested without incident once located.