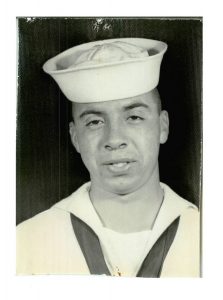 Russell (Buck) Swagger, 76, of Cumberland passed away May 11, 2020, at Sacred Heart Hospital. He was born April 22, 1944, in Balsam Lake to Joseph Buck and Jesse Hart. Russell was married to Delores (Wolf) Swagger who preceded him in death.
Russell was an Elder of the St. Croix Chippewa Tribe. He loved fishing, snowmobiling, stock car races, and the Green Bay Packers. He was well known at the Turtle Lake Casino where he worked for many years. He loved visiting family, particularly grandkids, and was known as a jokester who loved teasing and making people laugh. Russell was a proud veteran of the Vietnam era United States Navy.
He is survived by sons; Brent (Jessica) Wolf Russell (Wanda) Swagger; 22 grandchildren, other relatives, and many friends. Russell was preceded in death by his mother Jesse, father Joe, and wife Delores.
Burial with immediate family in attendance was at the Balsam Lake Cemetery on May 16th. A Memorial Service with military honors will be held at a later date.
Skinner Funeral Home of Cumberland is serving the family.