After nearly seven years a suspect has been taken into custody and charged in the hit-and-run deaths of Richard L. Cobenais and Benjamin R. Juarez on January 14, 2014. Polk County Sheriff, along with St. Croix Tribal Police Chief Frank Taylor and Polk County District Attorney Jeff Kemp made the announcement at a press conference Thursday, October 22. Sheriff Waak said a suspect, Andrew Endres, 32, of Randolph, MN had been taken into custody around 11:00 a.m. Wednesday with the assistance of the Dakota County Sheriff’s Department. The vehicle that was used in the hit-and-run has been recovered and a key witness identified. 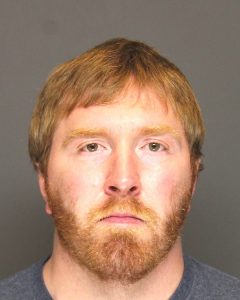