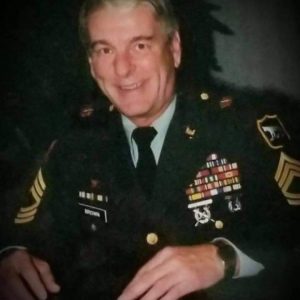 “I’m Home!”
James (Jim) L. Brown born June, 1942, to Rita A.(Jansen) and Clyde L. Brown, ran into the arms of Jesus and his beloved daughter, Michelle, on November 3, 2020. He will be dearly missed.
Born and raised in Barron County, WI. He was the first of six siblings which, in his mind, earned him the title of “Boss”. He loved all of them dearly and enjoyed all their crazy adventures. Marty (Pat) Kirby, Joe (Jennifer Solomon) Brown, Theresa “Teri” (Bruce) Shipshock, Tina (Steve) Leisz, and Raymond “Ray” (Tyrae) Brown.
For many years he resided in Plymouth, Minnesota. At one point he relocated to Rapid City, South Dakota. Upon retirement he returned to his beloved family and hometown area.
He has seven beautiful children that he loved more than he could express with mere earthly words. Pamela (Mark) Bonneville, Scott (Wendy) Brown, Kris (Craig) Salzbrun, Michelle Brown, Brenda (Craig Griffin) Brown, Mike (Tara) Brown, and Jonathan (Sophia) Brown. The Lord Blessed him with a full Quiver. “Grandpa” was the title he cherished over all others. He was so proud of all these kiddos: Rebecca (Kevin) Reeves, Zach Brown, Tyler Salzbrun, Hannah Brown, MacKenzie Geary, Sydney Salzbrun, Sophia Brown, Kendra Geary, Montana Bonneville, Ethan Brown and Landon Brown. He was also blessed with two great-grandchildren Adrienne and Camryn.
We would like to mention some people of importance that impacted his life in different ways. Karen J. Brown, the mother of his first six children. Laura Hovey Neubert, mother of his youngest son. Mary Masten and Josh from Rapid City, South Dakota and Roxanne “Roxy” Egan, his Red-headed adopted daughter. He also leaves behind so many beautiful nieces, nephews, cousins, and friends, whom he loved.
Jim proudly served his country in the United States Marine Corps for four years, beginning in 1959. He continued in the Marine Reserves with Naval Intelligence. He belonged to Black Hills Army National Guard. He was on Active Duty with the army during Desert Storm. He reached the level of Master Sergeant, the highest in the Guard. In addition he was awarded one of the Nation’s peacetime military decorations, The Meritorious Service Medal (MSM). This was for “meritorious service in the 109th Engineer Group during the period from September, 1984 – September, 1995; Master Sgt. Brown has repeatedly displayed a propensity to exceed the standards.” He also received eighteen other awards/medals while serving Tours of Duty for the United States Marine Corps and 109th Engineer Group, SDNG, in SW/SE Asia, The Far East, Western Pacific Islands, Japan, Taiwan, Philippines and various other locations in the U.S.
Once a Marine, Always a Marine. “ Semper Fi.”
Jim found enjoyment in many different things in life. He loved to dabble in wine making, drinking a glass or two, gardening, loved a good party (especially if he was the entertainment),enjoyed a good book while soaking up the sun and, as we all know, he loved a good mirror or window where he could catch a glimpse of his “Handsome Self.”  Where you see your reflection so shall you remember Him! So, Son, Brother, Dad, Grandpa and Friend we all Miss and Love you! Until we meet again!
Preceded in death by his loving parents Rita and Clyde, Uncles and Aunts and His Beloved daughter Michelle.
God saw you getting tired and a cure was not to be, so he put His arms around you and whispered, “Come to Me.”
A memorials service will be held on November 25th at Appleyard’s Funeral Home, 19 W. Messenger St. in Rice Lake.Visitation will be from 10:00 to 11:00 a.m. and the service will be 11:00 to 11:45 a.m. Burial will follow at 12:30 p.m. at North WI Veterans Memorial, N4063 Veterans Way, Spooner, WI.