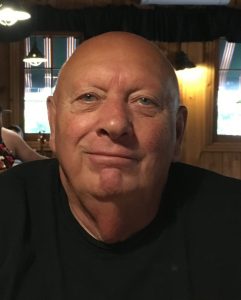 Frank Greschner Jr., 79, of Spearfish, South Dakota, passed away on November 8, 2020 at Avera Sioux Falls Hospital.
Frank was born on September 4, 1941 to Frank and Hattie Greschner in Milwaukee, Wisconsin.  After the war they moved to Turtle Lake, Wisconsin where Frank went to Grade School and High School.  He served in the Army from 1964 – 1966.  In 1969, Frank married Lee and they were together for 51 years.  Frank worked at various jobs and retired from Anderson Windows in 1998.  Frank and Lee RV’d for eleven years and then settled in Spearfish, South Dakota for the past seven years. Frank’s favorite hobby was driving around the Black Hills every spare moment he had.
Frank is survived by his wife Lee, their three children Debra, Scott and Heidi, along with his four grandchildren, his sister Jeanine Greschner of Turtle Lake and his Aunt Adeline Zappa of Minneapolis, Minnesota.
Cremation arrangements under the care of Fidler-Isberg Funeral Chapel with no special service. Online condolences may be written at www.fidler-isburgfuneralchapels.com.