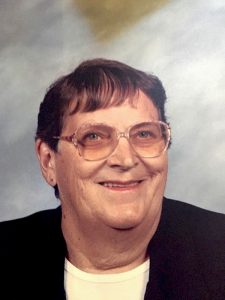 Margery Rouzer, age 95, of Cumberland, passed away Monday, November 30, 2020 at Cumberland Care and Rehab. Marge was born February 3, 1925, in Winthrop, Minnesota to Arthur and Luella (Neitzel) Severson. Her family moved to a farm in the town of Maple Plain when she was two years old. She attended Emerson school, first through 8th grade, and graduated from Cumberland High School in 1941 at the age 16. Marge was confirmed at St. Paul’s Lutheran Church in Cumberland. Marge and her sister Millie farmed the family farm after their parents died and their brother John, graduated from high school. She married Ira Rouzer on March 28, 1948 at St. Paul’s Lutheran Church. Marge lived over 70 years on the farm she and Ira owned. She worked side by side with her husband, milking cows, doing field and farm work, while raising a family, having a large garden, canning, baking bread every week, sewing, doing quilting and needlework. In her later years, she was an avid reader and continued to garden and quilt. Marge was one of the last surviving members of the Sunshine Club, where neighborhood ladies met each month to quilt and embroider. Marge and Millie made over 100 quilts for family and church.
Marge is survived by her five children: Pam (Ron) Kopp of Stoughton, Doug (Sue Dammann), Tom (Cindy Brock), Tim (Brenda Marske) and Mark, all of Cumberland, her sister, Mildred Wickman, sister-in-law, Joy Severson, grandchildren and great-grandchildren and her many nieces and nephews. Marge will be missed by all who knew her.
Marge was proceeded in death by her husband, Ira, her infant brother Buddy, her sister Marvel Bergmann, her brother, John Severson, her sisters-in-law, LaVon Kells, Thelma Hodson, brothers-in-law, Reuben Wickman, Lawrence Bergmann and her daughter-in-law, Cheryl (Mark) Rouzer.
The family would like to thank Cumberland Care and Rehab and St. Croix Hospice for their care and compassion. Donations in Marge’s name made be made to the charity of your choice.
There will be a private family service on the family farm. The Cremation Society of Wisconsin is assisting the family.