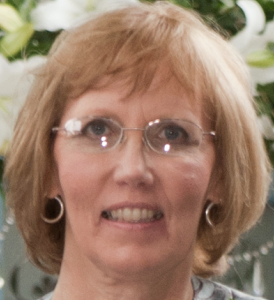 Eudora “Dori” Kay Hicks entered into Paradise on Wednesday, December 9th, 2020, aged 63, after a valiantly fought battle with cancer. She is survived by her husband Jewell Hicks, Sr., their three children Jewell (Nicole) Hicks, Jr., Jennifer (Ontario) McKee, and Jeremy (Leslie) Hicks, and her four grandchildren Demetria Hicks, Jewell Desmond Hicks III, Alina McKee, and Kash McKee. Dori was born on March 17, 1957 in Turtle Lake, WI, to her mother, Lucille, and father, Werner Anderson. One of 10 children, Dori’s siblings are Roger Moschkau (deceased), Kathy (John) Rust, Andy Anderson, Cindy (Steve Curry) Caldwell, Elaine (Larry) Lee, Paul (Beth) Anderson, Beverly (Craig) Van Alystyne, Jim (Sandy) Anderson (deceased), and Michelle (Don) Leisz.
Dori’s life was characterized by her Christian faith and Christian works: of sacrifice, love, and hospitality. She proudly served her country in the United States Air Force in an administrative capacity from 1975 to 1986, achieving the rank of Staff Sergeant. Dori was known for her hard work, attention to detail, incredible people skills, and overall consistently exceptional performance, which often landed her in billets typically reserved for more senior ranking airmen. It was during this time of service that Dori met her beloved husband, Jewell Hicks, Sr., at then-Bergstrom Air Force Base in Austin, Texas. They were married at the Austin City Courthouse on June 12th, 1980, followed that evening by a lavish celebration over a decadent Jack In The Box dinner.
Subsequently devoted to raising her family, which remained her greatest love after Christ and His church, Dori had expressed very succinctly: “My family is my life.” That love and devotion was poured generously over each of her three children, raising them to love the Lord, to love one another, and to love those around them as themselves. It was through this same selfless love and focus that she naturally found a calling and livelihood in teaching and caring for preschool-aged children from 1989 to 2009, further cementing her legacy of love in the lives of so many around her.
All who came to Dori were treated as family, because Dori treated everyone as she wished to be treated (Luke 6:31). Whether while enjoying one another’s company, or while sitting down to one of her lovingly prepared meals, or even when simply seeking a listening ear, all who sought a home found one in Dori’s heart and were richly blessed by her sincerity of spirit.
In every capacity that Dori served: veteran, wife, mother, grandmother, teacher, friend, and most importantly, child of God – she was a living example of Love in Action.”