A 20-year old Cumberland man charged with first degree intentional homicide following a shooting in Barron last week appeared for an initial appearance where a $75,000 cash bond was set. An adjourned initial appearance is scheduled for January 19, 2021. 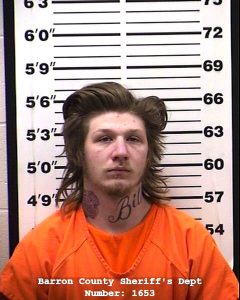 Clayton M. Lauritsen has been charged with first degree intentional homicide after allegedly shooting, and killing, 45-year old Lauritz Robertson of Barron. If convicted he faces life in prison. SEE COMPLETE STORY IN THE TIMES OR READ ONLINE WITH PAID SUBSCRIPTION.