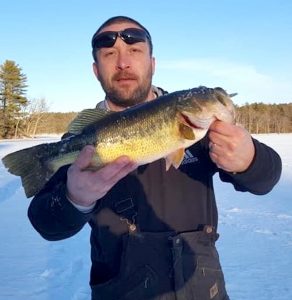 Edwin “Eddie” Kenneth Enget, 37, passed away January 29, 2021 in the company of his family and friends. Eddie was born July 1, 1983 in Minneapolis, MN to Jody Lynn Enget and Edwin Kenneth Malakowsky.  Eddie spent his childhood years in So. Minneapolis, MN. In 1994 he moved to Turtle Lake, WI where he created many lifelong friendships.
Eddie known as ‘Double E Money’ had a love and passion for creating music and writing lyrics. Along with his music, Eddie was an avid Minnesota Vikings fan. During the season you could find him rooting for his favorite team.
In 2003, Eddie met the love of his life, Amy. They spent their first years in Cumberland, WI and were married in October 2011. They have three beautiful children: Morgan, Connor, and Jaden. Eddie would spend his weekends with the family camping, fishing, golfing, and enjoying the outdoors.  Eddie was a beloved husband, father, son, brother, and friend who will be missed by many.
He is survived by his wife of nine years, Amy Enget; daughter, Morgan Enget; sons: Connor and Jaden Enget; father, Edwin Malakowsky; brothers: Chad Enget, Nathan Enget, Brandon Enget; sister, Brandy Enget; nieces, nephews, other relatives and many friends. He is preceded in death by his mom, Jody Enget.
Visitation and time to say goodbye will be held on Saturday, February 6 from 12:00 – 2:00  p.m. at Skinner Funeral Home in Cumberland with a luncheon to follow at The Hammer banquet hall.
In lieu of flowers, donations may be made to Edwin Engets Go Fund Me to help support his family at this time.