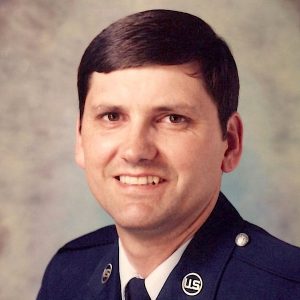 Joe J. Palas, SMSgt, USAF, Ret., age 70, of Trenton, passed away Thursday, February 4, 2021, at Belleville Memorial Hospital.
Joe was born on August 5, 1950, in Cumberland, Wisconsin, the son of the late Joseph and Margaret, nee Thrun, Palas and on July 3, 1981, he married his wife, Diane Perkes, in Austin, Texas.
Joe was a 20-year veteran of the United States Air Force where he honorably served as a paralegal/law office manager. After his military retirement, he worked as a buyer for the Jakel Corporation in Highland and after it sold out, he then worked security for McKendree University in Lebanon. He was the current City Treasurer for Trenton, member of the American Legion, and an avid St. Louis Cardinals fan, Blues hockey fan, and a pure cheesehead Packers fan.
He is survived by his wife; children, Christopher (Valerie) Palas of Allen, Texas and Sean (Becca) Palas of Alamosa, Colorado; grandchildren, Taylor Palas of Cordova, Tennessee and Alex Palas of Dallas, Texas; siblings, Gene (Georgia) Palas of Comstock, Wisconsin and Lorraine (Al) Luhman of Deer Park, Wisconsin; mother-in-law, Betty Perkes of Breese; and sister-in-law, Kim Perkes of Austin, Texas.
He was preceded in death by his sister Tina (Frank) Spencer, and father-in-law, Jupe Perkes.
Funeral Services will be held Thursday, February 11, 2021 at 11:00 a.m. at St. Mary Catholic Church in Trenton with Fr. Patrick Peter officiating. A private burial will take place at Jefferson Barracks National Cemetery with full military honors accorded.
Visitation will be held from 9:30 to 11:00 a.m. at St. Mary Catholic Church in Trenton.
In lieu of plants, flowers, and other gifts, memorials may be made to St. Mary Cemetery and will be received at the church or through Moss Funeral Home (105 S. Main, Trenton, IL, 62293) who is serving the family.