According to the Turtle Lake police report an officer observed Ali putting on his seatbelt as he pulled onto Hwy. 8 from Western Boulevard on the west side of town. The officer followed the vehicle in an attempt to get the plate registration number. The vehicle accelerated and a chase ensued heading west. 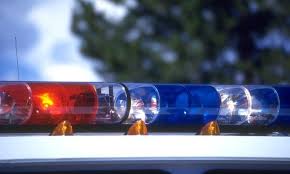 The officer reportedly had his emergency lights on when the vehicle Ali was driving passed two cars in a no passing zone, nearly hitting one of the vehicles head on. The chase continued to Range, WI where Ali turned north on Cty. D. Speeds reached 100-plus mph when the officer discontinued the chase after watching the vehicle pass vehicles going up hills in the wrong lane. SEE COMPLETE STORY IN THE TIMES OR READ ONLINE WITH PAID SUBSCRIPTION.