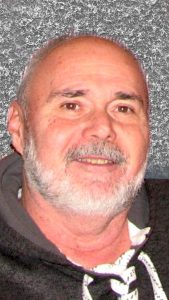 Sheldon David Nordell, 64, of Turtle Lake died Easter Sunday, April 4, 2021 at his home. He was born at the Amery Hospital August 16, 1956 to John “Jack” and Elizabeth “Betty” (Paulus) Nordell and grew up on a small beef cattle farm Northwest of Glenwood City, where he graduated from St. John’s Catholic School and later Glenwood City High School in 1974. Sheldon furthered his education by earning a B.S. in Accounting from UW-Eau Claire in 1978 while working summers at the Forest Feed Mill. After graduation, Sheldon worked as a Certified Public Accountant for Hartzell Manufacturing, now Sanmina in Turtle Lake for twenty-four years, then at Lake Country Dairy for three years, before semi-retiring and working from home as Nordell Accounting Service for the last fourteen years.
He met the love of his life, Teresa Tarman in Turtle Lake and they married on May 12, 1984 at St. Ann Catholic Church. They made their home on Upper Turtle Lake for thirty-seven years and traveled the world together, including trips to Alaska, Hawaii, Yosemite, Yellowstone, the Grand Canyon, Niagara Falls, Key West, Washington, DC, London, Paris, Amsterdam, Belgium, Italy, Switzerland, Germany, Austria, Australia, New Zealand, Fiji as well as golf trips to Arizona and Texas and a ten stadium baseball bus tour. Sheldon was also active in his community, serving as the Clear Lake Golf Course Treasurer for thirteen years, on the St. Ann Finance Council and for the Turtle Lake Food Pantry.
Sheldon played softball for twenty-five years until a leg injury prevented him. He golfed at Clear Lake Golf Club for thirty-one years, and enjoyed searching for waterfalls and watching Packers, Brewers and Badgers sports. Sheldon also attended the World Series for both the Twins and Brewers, the famous Twins/Tigers game 163 in 2009, as well as NBA and MLB All-Star games, but one regret was never making a Brewers season opener.
He leaves countless treasured memories with his beloved wife, Teresa; father-in-law, Robert Tarman; brother-in-law, Kevin (Kathy) Tarman; nieces, nephews, cousins and many dear friends. Sheldon was preceded in death by his parents, grandparents, aunts, uncles and mother-in-law, Pat Tarman.
A Memorial Mass will be held Friday, April 9, 2021 at 10:30 a.m. at St. Ann Catholic Church in Turtle Lake with Father Tom Thompson officiating and burial will follow at St. Ann Cemetery. Honorary Pallbearers are Danny Tornio, Jerry Pich, Jerry Hardina, Dave Nelson, Paul Molls and Bernie Obermueller. Visitation will be from Thursday, April 8, 2021 from 4:00 to 7:00 p.m. at the Skinner Funeral Home in Turtle Lake and for one hour prior to the Mass on Friday at the Church.
Online Condolences may be offered at skinnerfh.com.