It began as a Turtle Lake High School class project in 2002-2003. A little more than 18 years later a goal that was set by the students and their teacher back then has now been reached.
The first time class offering was Holocaust Literature and the challenge was to collect 6-million pop tabs to represent the number of Jewish people killed during the Holocaust.
While the number 6,000,000 is a significantly large number, how could it be used in a classroom setting that would help the students realize its significant.
“Several years prior to teaching this class in Turtle Lake, I had been chosen to attend a Holocaust Study Tour to Poland and Israel,” explains Amy (Payne) Sticha, the class instructor at that time. “It was that trip and the idea that we can never minimize or forget the treatment of minority groups like the Jews that inspired me to teach this class. Now more than ever, I feel like the significance of that message is important to acknowledge and teach our students. As an adult, I had a hard time wrapping my brain around the number 6-million and I knew it would be hard for my students too, as well, so I thought about ways I could show it to them in a more tangible way. I decided that it would be more meaningful if we collected something to show the enormity of the number and that’s how I decided to collect pop tabs which could be donated to the Ronald McDonald House and serve an even greater purpose.”
While the collection of 6-million tabs was the goal the students also had to select projects that pertained to the Holocaust. The final fifteen to twenty minutes of class was set aside to count tabs. The tabs were collected through donations throughout the community and area organizations.
The class of fourteen students was able to count approximately 16,000 tabs daily. With the continuing donations the students needed somewhere to store the tabs. The tech ed class pitched in and built a replica of a concentration camp building to dump the tabs into. On January 31, 2003 the students, on their first dump, deposited 92,000 tabs into that building.
Tab collections and counting continued throughout the year. By the end of the school year the students had donated just over 1.4-million tabs to benefit the Ronald McDonald House. Along with the end of the 2002-03 school year came budget cuts and the departure of Ms. Payne.
The project did not die, however. A look back at notes taken by Nick Cordes indicated the Knights of Columbus Council 7848 took over the program on June 3, 2003. A new drop off point was established and tab collections and counting continued.
The Knights knew counting tabs would be out of the question so they used a scale and approximations. It was determined 1541 tabs equalled a pound. Using that figure nearly 3900 lbs. of tabs have been collected. The tabs are presently bringing 40-50¢/pound, which would equal $1500 – $1900 raised for the Ronald McDonald House. And with tabs measuring an inch long more than 94 miles (63,360 inches) of tabs have been collected.
“When I left Turtle Lake, the class and community members had counted just over 1.4 million tabs and I honestly thought that was a good thing because by not collecting the total number of 6-million, it only helped reinforce how large the total number was,” Amy said. “I’m in awe of the amount of time and effort the community members of Turtle Lake, who continued to count, have put in to reach 6-million. It’s been almost 18 years since I taught in Turtle Lake and I remember fondly not only the students who were in this class, but also the Turtle Lake community, who were so supportive of their school district. I have wonderful memories from my time there! 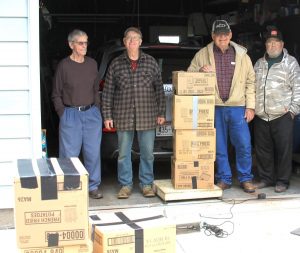 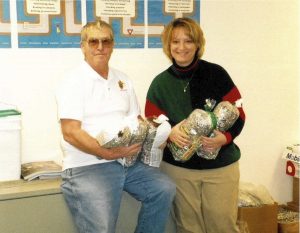 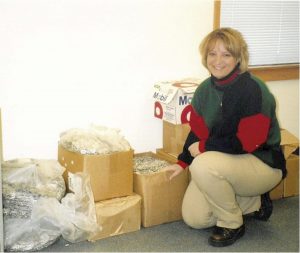 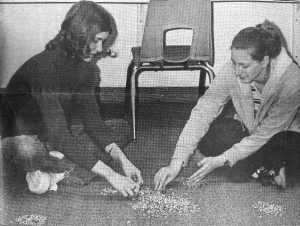