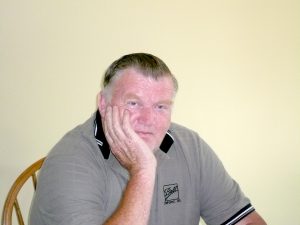 Gerald (Jerry) was born in Clear Lake, WI to Walter and Hannah (Mallinson) Austinson on September 7, 1939. He graduated from Clear Lake High School in 1957. Jerry went to work at the Clear Lake Creamery before attending Coyne Electrical School in Chicago and graduated in 1958. He came back to Clear Lake and worked for Woods Plumbing and Heating. In 1959, he began working for Leonard’s Electric, and while installing a bulk tank for her parents, he met the love of his life, Beverly Tarman. They were married on June 16, 1962 at St. Ann’s Catholic Church in Turtle Lake. They started their family and had three children, Donald Joseph, Deborah Jeanne, and Diana Jo. In July 1967, Jerry formed his own business by starting Jerry’s Electric serving his customers’ electrical, De Laval, Patz equipment and Rochester Silo needs.
Having a passion for farming and with the help of his children, Jerry took over the Sunset Lane Dairy farm when his father-in-law retired. After farming for many years, he transitioned from milking cows to raising beef cattle, which his son still runs today. Jerry loved the outdoors and loved getting together with the guys during deer hunting season. He made an awesome grill master.
Jerry could not sit around, so in 2000 he started working for Advanced Food Products in Clear Lake as an electrical maintenance engineer until he retired in 2010.
Jerry was a charter member of the Bishop Annabring Council #7848 Knights of Columbus. During his membership he served as an honorary, first, second, third and fourth degree Knight. He served in several office positions and was Grand Knight from 2010 – 2016. Jerry served as a Trustee up until the time of his death. He was deeply passionate about volunteering. Some of his favorites were the tootsie roll drives, “Kick, Pass, and Punt” for the kids, and highway cleanup drives.
Jerry leaves behind his wife of fifty-eight years, Beverly; son, Donald; and daughters, Debbie (Brett) Hulke and Diana (Steve) Gast; grandchildren, Matthew (Ben) Austinson, Jerry (Kim) Austinson, Michael (Ivy) Austinson, Shannon Austinson, and Ryan Hulke; great granddaughter Kristianna Austinson; sisters, Ruth Soltau, and Faye Holiday; sister-in-law, Elaine Becker; and many other family and friends. He is preceded in death by his parents, Walter and Hannah Austinson, grandson (Blake), daughter-in-law (Peggy), wife’s parents Joe and Harriett Tarman, nephew Kevin Holiday, brothers-in-law Jack Holiday and Wilbert Becker, niece (and Goddaughter) Kathryn Becker.
Pallbearers are Jason Barr, Rod Turcotte, Dennis Waalen, Doug Anderson, Evan Brackee, and Troy Jackson. Honorary Pallbearers are the Bishop Annabring Council 7848 Knights of Columbus.
Visitation will be held on Wednesday, April 14, 2021 at Skinners Funeral Home (Turtle Lake, WI) from 4:00 – 7:00 p.m. A visitation will be held one hour prior to the funeral service on Thursday, April 15, 2021, at St. Ann’s Catholic Church (Turtle Lake, WI). The funeral service will begin at 10:30 a.m. Burial will be in Mount Hope Cemetery (Turtle Lake) after the service, followed by a luncheon at Skinners.