Jackie P. Hemler, age 80, of Turtle Lake, WI passed away at Regions Hospital on August 15, 2021 with her family by her side.
Jackie was born July 6, 1941, the daughter of Jacob and Paula Hemler, in Wabasha.
Jackie was united in marriage to Richard Bazey May 1961. They made their home in Minnesota, settling in North Branch. To this union they welcomed two children, a son, Mike (Val) Bazey, and a daughter, Cheryl Hankins. Two grandchildren blessed her even more, Katie (Phil) West and Natasha (Michael) McKinzie. Two great grandchildren, Henry and Charlotte West.
Jackie later married Bill Cocherell. They loved their country living in Wisconsin. Sadly, Bill passed in April of 2004.
Jackie was prece 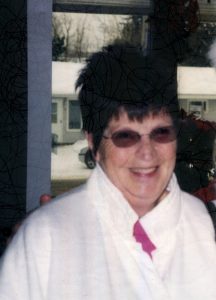 eded in death by her parents, a sister and other beloved family members.
She is survived by her children, a brother, Roger Hamler, and nieces, nephews and relatives.
A celebration of Jackie’s life will be held Saturday, September 11, at 2:00 p.m., in the Turtle Lake Village Park.
You will be dearly missed, Mom. Go on and breathe freely . . . just breathe!