Tracey Jean Peetz, 74, of St. Paul, MN, formerly of Clayton, WI passed away on December 25, 2021 at Regions Hospital in St. Paul. She was born on February 24, 1947 in Virginia, MN to Bill and Myra Harrington. As a young girl, she moved with her family to St. Paul Park, MN where she graduated from high school. She was employed by the State of Minnesota where she met her husband, Ed Peetz. Tracey and Ed resided in St. Paul for many years. They later relocated to rural Clayton where she worked various jobs and lived until Ed’s passing.

Tracey valued her many friendships and was deeply devoted to her pets. She loved keeping in contact with her family and many Facebook friends, never forgetting to send a card for a birthday or anniversary. She always enjoyed meeting for lunch or a cup of coffee.

She was preceded in death by her parents; husband Edward G. Peetz; and sister Pam Harrington. Tracey is survived by her sister, Toni Kendall, brothers John (Nadine) Harrington and Jim (Toby) Harrington, sisters-in-law Marge (Tom) Frederick, Mary Peterson and Jean (Dale) Pabst and brothers-in law Les (Carol) Peetz, Wally (Cheryl) Peetz and John Peetz as well as many nieces and nephews.  A private service will be held at a later date. 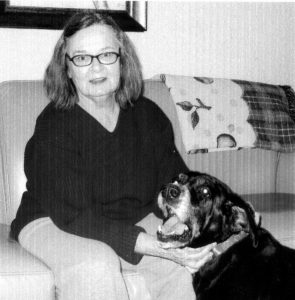