Bertha wrote to her family in Germany on January 31, 1932, “They built a new schoolhouse…it is a mile from here, our Leonard will….go there.”  Leonard shucked the most corn, competing against other FFA members from surrounding schools, and graduated from Turtle Lake High School in 1945.  He served in the Navy, attended Wisconsin State University at River Falls, and carried mail on the rural township roads in Barron County.

Leonard married Elsie Miller, from Medford on April 17, 1949.  They were a life-long farming family, while Leonard also worked for the Soil Conservation Service (SCS) and was active in state and community service.  His farm work ethic began very young.  Bertha wrote, “Most of the time he’s with his father in the barn, helps a lot with little things.”  Fishing with Brice, Don Drost and Don Peterson gave some competition to farm work in later years.

The farmscape of Barron County was his canvas, and employed with the SCS for over 30 years, he painted it footstep by footstep, laying out contours, contour strips, waterways, terraces, and ponds.  His land stewardship ethic remains etched across the county.

After the late summer barn fire in 1977, it was the witness of tractors pulling balers on farm roads coming from all directions to the Splett farm fields, readied with windrowed hay, that affirmed — the farmers were Leonard’s neighbors and friends.  Leonard was their voice on the Barron school board, technical college board, Wisconsin Milk Marketing Board, Wisconsin Master Farmers, the FFA Foundation, and more.  Leonard saw the last cows milked on the farm in 2019.

He often touched the keys of the piano on Sunday morning before church, attending many years at Zion Lutheran in Turtle Lake and then Salem Lutheran in Barron.  He eldered, guided church renovations and maintenance, and celebrated his 90th birthday in the fellowship hall.

He was preceded in death by Elsie; his parents; and a sister-in-law, Edna Liske.

A funeral service for Leonard will be held on Saturday, February 19, 2022 at 11:00 a.m. at Salem Lutheran Church in Barron with Rev. Michael Nielsen officiating.  Visitation will be from 4:00 until 7:00 p.m. on Friday, February 18, 2022 at Rausch and Steel Funeral Home in Barron and one hour prior to the service on Saturday morning.  Burial will be at Wayside Cemetery in Barron.

Arrangements are being handled by Rausch and Steel Funeral Home in Barron.  Online condolences can be made at www.rauschandsteelfuneralhome.com. 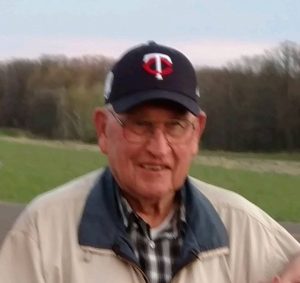