A bill for nearly $4,000 was presented to the Village prior to the March meeting and at that time the Village agreed to not pay the bill and get some additional information regarding the amount. After further research the bill was presented once again at the April meeting last Monday, and following some lengthy discussion and explanations, the Village board agreed to pay the entire amounty of the bill but will monitor this type of situation in the future.

In an attempt to raise awareness of the perils of high school students drinkng and driving following annual Prom celebrations the Turtle Lake Chapter of the National Honor Society, along with the Turtle Lake Police Department and numberous other emergency agencies, will hold a Mock Car Crash Wednesday, April 25, at 1:30 p.m., on the Turtle Lake High School football field.

Stephanie Klett, the Secretary for the Department of Tourism, will be coming to Turtle Lake to meet with area leaders and industry partners in the region. She will focus on the Power of Toursim and kickoff National Travel & Tourism Weed, may 5 – 13. Secretary Klett was with Discover Wisconsin Television and Radio for 19 years before her position in Madison in 2010 and is extremely familiar with this postion of the State.

In a six-inning affair the Cameron Comets took care of the Turtle Lake/Clayton girls with the help of a six-run third and a five-run sixth while posting a 15-3 win last Thursday afternoon in Clayton.

Curves for Women, the 30-minute fitness and weight loss center here in Turtle Lake, was a newcomer in the Curves International, Inc. “Food for Friends” food drive. During the month of March, members were encouraged to bring in non-perishable food items to benefit our local food bank. This year Curves for Women – Turtle Lake collected 1,595 pounds of groceries, and in addition $120.00 in cash was donated for the local food bank.

Hello, I am Jerry Hyland, and right now I am in Florida as I am a “snowbird” here, but living the summers in Osceola, WI. A friend of mine sent me a copy of your March 28th paper. I want to tell everyone that the picture in the paper is dear to me . . . as those were the ANGELS that took care of me when I had a heart attack in the Casino on July 2nd. I was literally dead and somehow these ANGELS performed their job and gave me my life back. I have been able to thank only one of them in person, and I refer to her as my LITTLE ANGEL with a strong arm and cool head . . . Sue Friday. I heard she was the one giving me CPR over and over, again and again, while unknown others used the De Fib machine. I didn’t know who they were until now.

Breanna Thompson, junior high student at Turtle Lake, competed Friday, April 5th in the USA Gymnastic Regional Championships at Concordia College in St. Paul, MN. Select gymnasts in levels 8, 9 and 10 from Wisconsin, Iowa, Minnesota, Missouri, Nebraska, North Dakota and South Dakota were entered in the three-day event., based on a qualifying All-Around score of 34.00. Breanna, competing in the Sr. A Division, finished the meet with a 34.7 all-around and is the first alternate to the National meet in her age group, barely missing a select spot by 25/1000th of a point.

Members of the Turtle Lake Fire Department, Tim Moriak, Dale Pabst and Dale Haselhuhn, accepted articles for water safety that were donated to the department through the Hartzell Foundation. The fire department received three Stearns life vests, a rope, a ring to throw and a rescue can from Sheldon Nordell, representative of the Hartzel Community Council.

Wayne Jansen, President of Almena Co-op Association, presented William Molls of Turtle Lake a stock retirement check of $10,184.87 at the co-op’s Annual Meeting on April 6. Mr. Molls has been a patron since the Co-op was founded in 1950.

Families with problems can now find expert assistance at the Marriage and Family Therapy Office of Donna M. Cordes, M.S., in Turtle Lake. Marriage and Family Therapy offers individuals, couples and families an opportunity to learn alternative methods of dealing with the problems in their lives. It deals with all the problems that affect people, including emotional and physical stress, behavior problems, drug or alcohol abuse and divorce.

Two Turtle Lake girls, Becky Shortess and Lynette McGrath, were the lucky winners of the grand prizes in the Easter Egg Hunt, sponsored by the Turtle Lake Lioness Club and local merchants. Becky, the daughter of Mr. and Mrs. Wayne Shortess, won the tricycle in the 0-5 years age group. Lynette, the daughter of Mr. and Mrs. John McGrath, won the Boz the Bear in the 6-10 age group after the third round of the hunt.

Today, the Center for Public Representation announced the recipients of its 7th Annual Public Interest Awards chosen from nominations received after a widespread search. Victoria Brenna, Executive Director at Northwest Homes, Turtle Lake is a recipient of the Public Citizen Award,

Lynn Fredrick, a write-in candidate for the position of Mayor of Ladysmith, was elected to the post over two other candidates in the April 6 election. Lynn, who gathered 514 votes, defeated Tom Bell, publisher of the Ladysmith News, and James Schultz, an alderman, who gathered 306 and 283 votes respectively. Lynn was a 1973 graduate of Turtle Lake High School and is employed as a planner with Indianhead Action Program, a five- county agency.

Miss Peggy Warland, a senior at Turtle Lake High School, is one of the candidates for the title of Miss Rice Lake 1972. She is the daughter of Mr. and Mrs. Stanley Warland. Each candidate in the pageant competes in three categories – talent, formal evening wear and swimsuit. Peggy will accompany herself as she sings for the talent portion of the contest. The Miss Rice Lake pageant will be held April 22, at 8:00 p.m., in the high school auditorium.

Mr. and Mrs. Ken Moravitz reported that their mobile home located south of Turtle Lake had been entered Monday afternoon while they were both at work. They place the time of the entry between 1:30 and 4:00 p.m. Entry was gained by kicking in the door. A stereo player, radio and the couch cover were the articles that were stolen. The colored TV set was unplugged and pulled over to the door, but something might have frighted the burglars off before they could get it from the house. 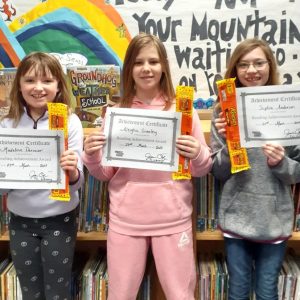