Phyllis Jeanette Glaubitz Yelle was born in Turtle Lake, Wisconsin on March 6, 1925 the daughter of William and Agnes (Chelstrom) Armstrong.  She grew up in Beaver Township of Polk County, Wisconsin.  She graduated from Turtle Lake High School and went on to attend Polk County Normal where she received her teaching degree. She taught school at Range and Pipe Lake Schools before taking a job teaching in Clayton, Wisconsin where she stayed until retiring.  She was united in marriage to Merlin Glaubitz in 1946 and to this union one son was born.

Phyllis was a long time member of Zion Lutheran Church in Turtle Lake, but was presently a member of the United Covenant Church in Clear Lake, Wisconsin. Phyllis enjoyed music.  She sang in her church choir as well as a choral group that would go out and entertain in Nursing Homes and other places. She enjoyed her flowers and gardening.   She was also a doll collector and has many from over the years.

After Merlin died she later married Howard Yelle in September of 1994. They made their home in Amery and again spent many hours musically entertaining the residents of the local nursing homes. She moved to Golden Age Manor in 2015 and passed away there on Monday May 2, 2022 at the age of 97.

Funeral services were held on Thursday, May 5, 2022 at 11:00 a.m. from the United Covenant Church in Clear Lake.  There was a visitation at the church for the hour prior to the service.  Burial was at the Mount Hope Cemetery in Turtle Lake, Wisconsin. Williamson-White Funeral Home and Cremation Services assisted the family with arrangements.   You may view a video tribute and sign an online guest book at www.williamsonwhite. com. 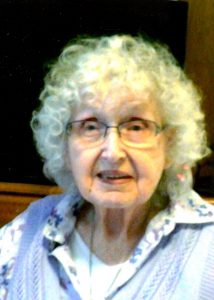