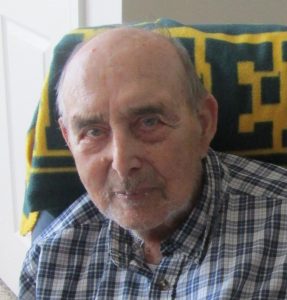 Edward Mike Wanzong, 90, passed away on March 17, 2020. He was born on July 24, 1929 in Turtle Lake, Wis. to Mike and Agnes Kolba Wanzong.
Edward graduated from Turtle Lake High School, receiving a Bachelor’s Degree from the University of Wisconsin, River Falls, in agriculture. He was drafted in the US Army and served in the Korean Conflict. He later became a dairy farmer.
He is survived by his wife, Nancy Wanzong; stepsons, Andrew and Jon Volkman; and step-granddaughters, Destiny Volkman Cejka, JoyLynn, Theresa and Amber Volkman.
A memorial service will be held at a later date.