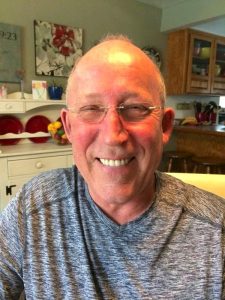 Larry Allen Dietrich went to be with the Lord, Friday, August 7, 2020, after a long battle with “Lewy Body” Dementia at the Providence Hospital in Hood River, Oregon. He was 73.
Larry was born May 28, 1947 to Henry and Helen (Pichelman) Dietrich on the family farm in Clayton, WI. He attended the one room Clover Leaf Grade School and graduated with long-time friend Bill Scribuer from Clayton High School. After graduation he ventured out to Oregon where his sister and brother-in-law Dodie and Gerald Hatch, were living at the time. The Dalles, Oregon is where Larry met the love of his life, Betty. They were married September 27, 1969 at Faith Lutheran Church in The Dalles. In 1970 they moved to Almena, WI where Larry worked for the Village of Almena and met his long-time friend, Carl Kleinschmidt.
In 1976, after enough cold winters and two children, they returned to Oregon where they spent the next 42 years at 1020 Dry Hollow rd, The Dalles, OR. Larry worked for The Dalles City Wastewater Treatment facility for 35 years. While there he met longtime friends, Wil Keyser and Loren Delaney. Larry received many awards and commendations for his expertise work.
Larry’s grandkids were his jo. He would always be at a game, practice, coaching, watching or just “there” for Jacob and Isaac, Maya, Jada and Brett never passed up a chance to be with Grandpa. They will always be his “Little Ones”.
Larry enjoyed riding his Harley and shooting archery. Many stories around the campfire with nephew Deano Mausolf and youngins Jerilee and Roger Mausolf.
In 2017 Larry suffered a stroke. In the past few years moving back and forth to Wisconsin and The Dalles, OR was to spend time with family and friends. Larry’s son-in-law Doug Lafrenz was very helpful in providing respite care. Keli was always supportive.
Larry is survived by his wife Betty of fifty years, his children Keli (Doug) Lafrenz and Michael R. Dietrich. Grandchildren: Jacob and Issac Lafrenz, Maya Jada and Brett Dietrich. daughter-in-law Tabitha Dietrich, sister Sharon (Jerry) Mausolf, sister Doreen (Dodie) and Gerald Hatch, brother Ronald (Sheila) Dietrich, numerous nieces, nephews, and friends. He will be missed by all.
Larry was preceded in death by his parents, Henry and Helen Dietrich, brother Roger Dietrich and nephew Michael J. Hatch.
Larry has always believed and often said, “We’re only passing through this world. Forgive one another.”
Larry will be brought home to Wisconsin where he will be buried next to his parents in the Mt. Hope Cemetery at the Silver Creek Church.
A Celebration of Life will be held after early morning service on September 13, 2020 at the Silver Creek Church.
Betty’s current address is 950 Pomona Street #202, The Dalles, OR 97058.