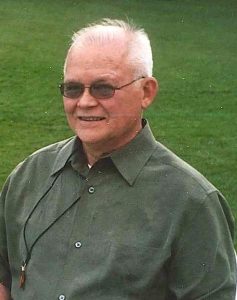 Wayne Clifford Mishler, 83, of Cumberland passed away peacefully on Saturday, February 13, 2021, at the home of his daughter, Barb with both of his daughters by his side. He was born March 16, 1937, in St. Paul, MN, to Joseph and Lydia (Feury) Mishler. Wayne graduated from Sandstone High School, then served his country during Vietnam with the U.S. Army for two years.
After his service, Wayne spent several wonderful years on the Great Lakes, working the ore ships, where he made lasting friendships and created fond memories. He was married in Danbury, WI on June 13, 1964, to Elaine Hills, and they moved to Two Harbors, MN. Wayne worked in mining his entire career both on the iron range and in Silver Bay. Wayne was a talented mechanical engineer who earned distinction and had many patents to his credit. To his grandchildren and friends, he was the man who could fix anything. In Cumberland, he was, “Walking Wayne,” and would walk as many as ten miles daily. He continued this until only recently, and when outdoor walking became difficult, he resorted to the treadmill. Wayne was a loving husband, father, grandpa, and friend. He was always available to those in need, and his servant’s heart gave him strength as he cared for his ailing wife and daughter.
He is survived by two daughters: Kathy (Walter) Kurkiewicz of Rice Lake and Dr. Barb (Robert) Ankarlo of Cumberland; five grandchildren: Joshua (Shay Groth) Kurkiewicz, Christopher Kurkiewicz, Rebecca Kurkiewicz, Benedict Ankarlo, and Wayne Ankarlo; two brothers: Donald (Marlene) Mishler and Johnny (Karen) Mishler, all of Cloverton, MN; nieces, nephews, other relatives and friends. Wayne was preceded in death by his wife, Elaine, and daughter, Candace.
A live-streamed Funeral service will be held at 11:00 a.m. on Saturday, February 20, 2021, at First Lutheran Church with Pastor Tim Schmidt officiating with burial to follow at Bohemian Cemetery in Haugen. Pallbearers are Christopher Kurkiewicz, Joshua Kurkiewicz, Rebecca Kurkiewicz, Benedict Ankarlo, Wayne Ankarlo, and Bill Pohl. Military honors were accorded by Anderson-Thomson Post #98 American Legion, Cumberland. Visitation will be held one hour prior to the service.
Skinner Funeral Home of Cumberland is serving the family.