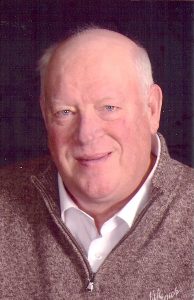 Charles (Chuck) Wayne Kuhl, age 63 of Clear Lake WI passed away peacefully on March 12, 2021 at home surrounded by his family.
Chuck was born August 12, 1957 to Wayne and Alice (Nordby)Kuhl in Amery Wisconsin. He was raised on a farm in Reeve, Wisconsin. Attended Clear Lake schools and graduated in 1975. While attending Clear Lake high school he met the love of his life, Gail Tellijohn. After graduation he enlisted in the United States Army. Upon the death of his mother, he received an honorable hardship discharge from the Army to return to help on the family farm in 1976.
Chuck married Gail (Tellijohn) Kuhl on August 2, 1980 and they made their home and started their family on a farm in Emerald, WI giving birth to their two children and their pride and joy, Renae and Bryan. In 1988 they sold the farm and moved to Clear Lake, WI and Chuck began working for Barry Nielsen Construction. In 1991, Chuck went out on his own and began Kuhl Construction. In 2013 Chuck and Gail purchased J. Cool’s Bar in Turtle Lake, WI.
Construction was not only his job but also his great love. Long-time friend Bruce Wills worked alongside Chuck from the time he started in construction. Chuck’s son Bryan joined them in 2010. From building and remodeling homes and lake cabins, to building the Dancing Dragonfly Winery in St Croix Falls, he enjoyed the satisfaction of good craftmanship. Giving back to others and the community through construction was also important to Chuck. He donated his time often, building the concession stand at Forest Softball field, the football press box in Amery along with the shelter at the school forest, bathrooms and concession building at the softball field and many other projects.
Chuck also enjoyed sports of all kinds and of course his favorite team was the Pittsburgh Steelers. He played on and coached many softball teams for 30+ years. Once he retired from coaching softball, he turned to a new passion, playing Corn Hole. In 2018, he and his partner Ryan Kahl purchased Apple River Corn Hole. In the community of baggers, Chuck and Gail found an extended family of caring and giving individuals.
Survived by his wife of forty years, Gail (Tellijohn) Kuhl, daughter Renae (Fernandez) Johnson, son Bryan (Candace) Kuhl. Grandchildren, Faness and Paris Johnson. Sister Diane (Lyle) Lauritsen Brothers Tim (Diane) Kuhl, Tom (Roxy) Kuhl, Sister Michelle Halvorson, Brother-in-law Lyle Kaehler, Stepmother Delores Kuhl, stepsisters Judy (Al) Scherff and Kathy (Larry) Gowan. Stepbrother Rick (JoAnn) Sellent. Mother-in-law Charlotte Tellijohn, Brother-in-laws Greg Tellijohn, Mark (Kristie) Tellijohn. Sister-in-laws Dawn Cress, and Wanda (John) Bingea. Many nieces and nephews.
He was preceded in death by his parents Wayne and Alice Kuhl, sister Deb Kahler, Father-in-law Gordon Tellijohn, Sister-in-law Danette Tellijohn and Brother-in-law Carl Cress.
Visitation will be at the Scheuermann-Hammer Funeral Home in Clear Lake, WI on Friday March 19, 2021, 4:00 – 7:00 p.m. A celebration of life will be held at J. Cools Bar in Turtle Lake, WI on Saturday, March 20, 2021 at 2:00 p.m. Attendees are asked to wear their favorite sports jersey or J. Cools apparel. In lieu of flowers, memorials are preferred.
The Scheuermann-Hammer Funeral Home of Clear Lake, WI is handling the arrangements. www.clearlakefuneralhome.com