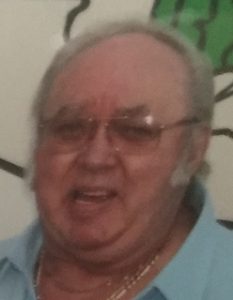 Gerald D. “Jerry” Loken, Sr., age 85, of Chetek and formerly of Turtle Lake, WI died Monday, April 26th, 2021 at his home. He was born April 26th, 1936 to Arthur and Lucille (Doose) Loken at Minneapolis, MN where he was raised and attended school. After high school he served in the US Army from 1952-1957. On May 10th, 1959, he was married to Elaine O’Flanagan. Jerry was a truck driver for a few years until going into the bar business. He managed several bars throughout the years in Maple Lake and Gonvick, MN until purchasing his own business, the Lone Pine Saloon, in Mondovi, WI. Most recently he owned and operated the Trails End Saloon in Turtle Lake until his retirement. He was also a member of the Barron County Tavern League. He enjoyed fishing and visiting with friends over a few cocktails.
Jerry was preceded in death by his parents, wife: Elaine on January 21st, 2013 and siblings: Betty, Jim, Shirley and Jackie. He is survived by his sons: Gerald “Jay” Loken, Jr. of Chetek, Jeffrey (Diane) Loken of Turtle Lake and Bradley Loken of Barron, grandchildren: Tabitha, Derek and Nicole, two great grandchildren, sister Judy Ecklund of Minneapolis, as well as many nieces, nephews, other relatives and friends.
A Celebration of Life will be held from 12:30-2:00 p.m. on Saturday, May 8th at the Rausch-Lundeen Funeral Home in Cameron. A Graveside Service will follow at the Greenwood Cemetery in the Town of Dallas with Rev. Ralph Marquardt officiating.
Arrangements are with Rausch-Lundeen Funeral Homes, Cameron and Dallas.