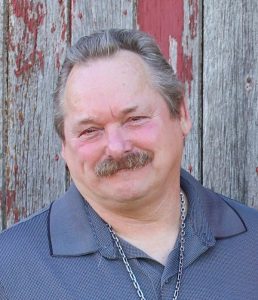 Dale Eugene Spychalla, 69, (formerly of Mahtomedi, MN) passed away due to Covid complications on November 18th, 2020, in Southaven, MS.
A Celebration of Life in honor of Dale will be held on Saturday, June 12, 2021 from 1:00 pm to 5:00 pm at his daughter’s farm, April Shortess, located at 1046 1/2 Street, Turtle Lake, WI 54889.
Dale was born on August 17, 1951, in St. Paul, MN. He was the son of the late Dominic and Ethel Spychalla (Dick) of Mahtomedi, MN. Dale is preceded in death by brothers; Dominic and Dennis, sisters; Jean, Jo Marie and his first wife Mary Rosetta Spychalla (Erickson) the mother of his children.
Dale is survived by his wife, Debra Spychalla of Knoxville, TN; two daughters, April Shortess (Ryan), Tara Spychalla-Wilson, and one son, Dale F. Spychalla all residing in Turtle Lake, WI. Nine grandchildren; Ashley Schmitt (Paul), Alec Rohl (Megan), Paige Spychalla, Alexandra Shortess, Tyler Wilson, Ryan Shortess Jr., Keyra Spychalla, Joe Spychalla and Mary Spychalla. Three great-grandchildren; Abel, Grayden and Oliver Schmitt. One brother Dan Spychalla (Rosemary), and two sisters Joyce Masterson and Julie Kaiser.
Dale was raised in Mahtomedi, MN and enjoyed a variety of outdoor activities. As a child he worked for his father at their family owned business, Don’s Auto Parts, at their home, prior to the business moving to Willernie, MN. Dale loved to scrap old cars and enjoyed sending the kids into the dumpster to get that one special treasure! Dale also worked for Boring Incorporated for many years, prior to his injury in 1983. After his injury Dale, “Magic”, worked at John’s Auto Parts for many years until he retired in 2000. Dale loved to fish and enjoyed the family trips to Canada to catch the big walleye. During his marriage with Sandy, Dale and the family sold their home in White Bear Lake, MN and moved to Turtle Lake, WI in 1987, where they then enjoyed the lake life on Upper Turtle. Dale and the family enjoyed spending time away up at the ‘swamp’ in Northern MN, taking family vacations and especially enjoyed the fishing trips to Alaska. He had a passion for dirt track racing. In the early days, number 36 was sure to be on the track in Stillwater, MN every weekend. His love for racing continued throughout his life as a sponsor for the numbers 13 & 132 at Cedar Lake Speedway and Kopellah Speedway. In his later years, Dale enjoyed watching wrestling in his free time with his wife and friends, and scrapping with Dwight Clardy. Dale was one of a kind! He will be truly missed by his family and friends.