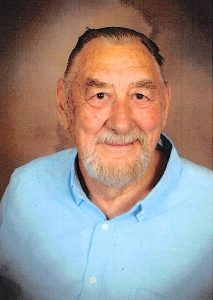 Joseph (Joe) James Franzen, 87, of rural Barron, formerly of Johnstown Township, passed away Sunday, June 13, 2021. He was born October 19, 1933 in Joel WI to Peter and Eline (Hanson) Franzen. He married Carol Pederson on April 24, 1971 in Clear Lake, WI and they made their home in the country until the tornado of 2019.
Joe worked at Land O’ Lakes in Clear Lake until his retirement. He enjoyed the forest around him and took great pl;easure in operating a small hobby sugar bush every spring, giving away much of th syrup he produced to family and friends. He was an avid fisherman and hunter, always had a large garden and enjoyed woodworking. He and Carol celebrated their 50th wedding anniversary the day before he was hospitalized.
Joe is survived by his wife: Carol; children: Gary (Kristy) Pederson and Judy (Wes) Lansin; brother: Jerry Franzen; five grandchildren and four great grandchildren. He was preceded in death by his parents: Peter and Eline Franzen; brother Steve Franzen; and sister Edna Huehn.
Visitation will be Sunday, June 20, 2021 at Skinner Funeral Home in Cumberland. Funeral services will be held at the Northern Wisconsin Veterans Memorial Cemetery at 10:00 a.m. Monday, June 21, 2021 with Pastor Steve Miller officiating. Pallbearers are David Pederson, Jaylean Lansin, Bo Juleff, Richard Kern, Joseph Kern, and Glen Nearauter. Honorary pallbearers are Emily Pederson, Kristen Juleff, Jennifer Pederson, and Beka Pederson.
Skinner Funeral Home of Cumberland is serving the family.