Myron graduated from Turtle Lake High School in 1952 and shortly after joined and served in the United States Navy on the USS Albany. He was honorably discharged following a fire at the family farm.

He was married in Salem Lutheran Church, Barron on July 16, 1960 to Barbara Balog who preceded him in death on February 2, 2019.

He was a hard working man, and diligently farmed his land with his father and later with his brother until his retirement. His retirement was filled with “stories” and coffee at the Twin Town Store. Myron was quick to make friends wherever he went. He enjoyed collecting International Tractors; as well as his collection of two old cars.

He valued his faith, family and friends above all else. You could not have found a better man to call Dad, Pops, or friend. He will be deeply missed by all who had the honor to know him. 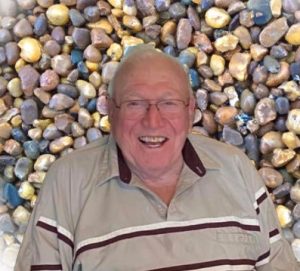