Lory Frances Glinski, 58, of Turtle Lake, passed away November 14, 2021 with her family by her side.  She was born September 13, 1963 in Golden Valley, MN to Robert and Karen (Ketola) Dempsey and moved with her family to Turtle Lake as a teenager. Lory married Leon Glinski on June 25, 1983 and together they raised three daughters. Lory worked at Andersen Windows for many years until she joined Leon in retirement.  In retirement, she enjoyed her hobbies of quilting, gardening, baking, and spending time with her family. Lory was an active member of Parkview Methodist Church. Lory is survived by her husband Leon Glinski; children Melissa (Matt) Lemmer Tammy (Stewart) Bertelsen, and Rachel (Brent) King, mother Karen Dempsey; two sisters, Wendy Koenig and Cindy (Jim) Soderberg; nieces and nephews, eight grandchildren, and many other family members and friends.  She was preceded in death by her father, Robert Dempsey. 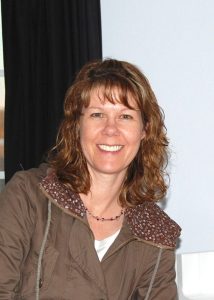 Private services with the family will be held at a later date. The family requests that in lieu of flowers, contributions be made to Parkview Methodist Church.