Steven H. Ranallo, age 69, passed peacefully at home to be with The Lord God on Monday, February 7th in the morning hours, with his loving family at his side.

He was married to Helen Ranallo (Sawka) on July 13th. His best friend and constant companion for 25 loving years.

Steve was a confirmed Catholic through St. Anthony’s Perish. He was persistent in his growth and wisdom with Our Lord God and his personal relationship with Jesus Christ.

Steve served in many vocations and callings, and continued higher education throughout his lifetime. He was passionate about life, learning, his time, knowledge, Love, and in everything he did. Always looking for the positive perspective and growth in situations. He found passionate enjoyment and mental vacations riding motorcycle with his wife and friends. Which he continued till this past fall, putting on only 4600 miles. He was passionately vested in all he did, from running a Catholic Family Group Home in Washington state, to driving truck, to having a daycare for children, owning a fitness gym and training others in their personal pursuits of health, fitness, and the body building circuit. Steve remained a dedicated body builder his whole life until his battle with bone cancer.

He respected and honored his Temple of the Holy Spirit he had been entrusted with, through clean living, healthful foods, and free of markings. For Lord God said in Leviticus19:28 “Ya shall not make any cuttings in your flesh for the dead, nor make any marks upon you: I am The Lord”.

Steve was known as, and was always a man of integrity and principal. With a right heart, he’s been a blessing in many ways, to many. He was always consistent, kind, loyal, and considerate. Always morally fair and honest, sometimes to a fault. His word was solid as oak. His words were bonded.

Steve was very particular in all he did. He’d say “There’s a right way and a wrong way.” From putting a washer on a bolt, his haircut, or words and tone as he spoke. His ‘Yes was Yes, and his No was No.’ When it came to morality, there was no gray area. Things were either black or white, good or evil. He was always open to listen, discuss philosophies, politics and be flexible but would not compromise his principle beliefs.

When asked of a friend for advice or direction Steve would sometimes do research for several weeks to returned with only advice that was no short of what was good enough for he himself.

If you knew Steve, you loved him. If you didn’t, you didn’t know him.

He was preceded in death by both his parents, along with countless family members, and dear friends. The life culmination of Steve’s moral compass was instilled and nurtured in this small town of Cumberland by his loving parents, friends, community and upbringing in the Catholic Church.

Steve was a fighter as he battled for almost two years with the strength of Our Lord, his loved ones, and amazing doctors. He was determined to still live his life to the fullest each day and without medications, as he did his whole life while continuing to share his sincere laughter and twisted sense of humor. He possessed a profound understanding of people’s needs, and met them, accepting everyone for who they are and where they’re at knowing that how we acted and lived our lives impacted and forever impressed upon those who he met and knew him.

Steve wishes are to be cremated and placed at St. Anthony’s Cemetery at our Ranallo family plot,  beside his parents.

Mass and services will be held through St. Anthony’s Catholic Church in Cumberland, WI and will be held later this spring at the start of motorcycle season. Cremation and arrangements have been entrusted to Skinner’s Funeral Home of Cumberland. 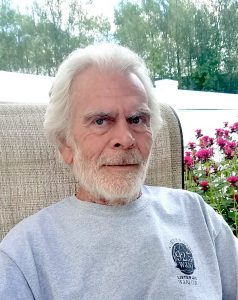