Mary L. (Fischer) Outcalt, age 76 of Plymouth, MN passed away peacefully in her home on April 16 after a courageouse battle with cancer.

Mary loved music and played several insturments. Her passion was playing the oboe. She enjoyed speding several hours in her beautiful gardens. She never attended cooking school but was an accomplished chef and anyone she has cooked for would agree.

Mary received her RN degree at Luther School of Nursing in Eau Claire, WI in 1967. She later became certified in Occupational Health. She loved working with people and helping people. She had a special place in her heart for individuals with special needs. A big thank you to the wonderful team at hospice, especially her nurse Kathy, who took such good care of her.

Mary was preceded in death by her parents, Ron and Adeline Fischer; a brother, Donn Fischer, and a son, Eric. 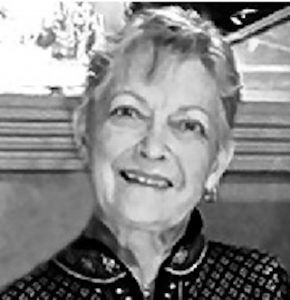