The St. Croix Falls School District and surrounding area is in mourning following the news that two teenage students were tragically killed in a car accident last week. Icy roads are being blamed for the accident.
According to the Polk County Sheriff’s Department a call of a one vehicle rollover was received at 7:41 a.m. Friday, February 21. Location of the accident was on 220th Street, a half mile south of Hwy. 8 in the Town of St. Croix Falls.
McKinley Erickson, age 16, of Dresser, was operating the SUV northbound on 220th Street when he lost control on the icy roadway and entered the east ditch, rolling over and striking several trees.
EMS arrived shortly after the accident was reported and attempted life saving measures. A passenger in the vehicle, 15-year old Kegan Koshiol, was dead at the scene. Erickson was air lifted to Regions Hospital where it was learned he died of injuries sustained in the accident. Both teenagers appeared to have been wearing their seat belts.
Erickson and Koshiol were members of the St. Croix Falls wrestling team. They were heading into a morning workout at the time of the accident.
The Saints were scheduled to participate in the sectional tournament Saturday. Eight of the ten wrestlers elected to wrestle Saturday in honor of their fallen teammates. Four of them qualified for the State tournament.
“We extend our sympathy to the families of this tragic incident, the Polk County Sheriff’s Department extended. “Our community mourns the loss of these two fine students.”
Assisting the Polk County Sheriff’s Office with the crash was Lakes Area Ambulance, St. Croix Falls First Responders, St. Croix Falls Fire, St. Croix Falls Police Department, and the Polk County Medical Examiner’s Office. The crash remains under investigation by the Polk County Sheriff’s Office. 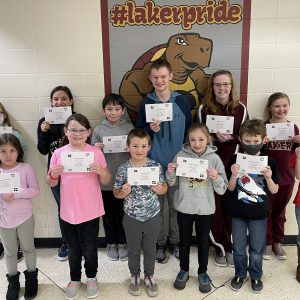